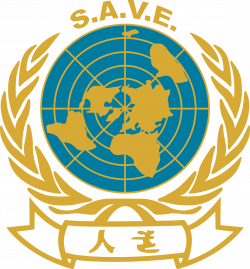 Created for the purpose of uplifting human prosperity and in support of global unity in the 21st century, the S.A.V.E. Humanitarian Development Fund was established and began taking up its preparatory work in 1999. Being acknowledged, approved, and in receipt of the Project Approval Number issued by the supranational Financial Institutions, the organization was restructured in October 2004 and took its final name, S.A.V.E. Global Humanitarian Development Foundation/ Fund e.V.

The organization is devoted to global peace and unity and principled by the Millenium Development Goals that refer back to September 2000 when the Secretary-General of the United Nations, Kofi Annan, presented comprehensive and ambitious goals to solve the global challenges of the 21th century. These goals are walked by the idea that mankind must approach challenges on earth like e.g. poverty or environmental issues from a global perspective. Today, the Millenium Development Goals build the foundation of a universal action plan for sustainable development that aims to share the benefits of globalization with all people – the Agenda 2030 of the United Nations.

S.A.V.E. Global Humanitarian Development Foundation/ Fund is an executive platform whose purpose is to regenerate historical assets into a new 21st Century Investment Fund. Its operations are defined to custody, to transfer and deposit global historical assets as well as private capital of institutions or individuals for the purpose of recording, filing and reconciliation. In addition, the organization promotes a new era International Financial System and supports the normalization and stabilization of the world economic system

Due to the failure of most member countries of the global monetary system to repay debts owed since 1997 or before, the value of their currencies have become null and void because there is not substantial backup of assets e.g. gold deposits to support their currency. Consequently, the major international Financial Institutions and Regulators were no longer able to approve loans for direct investments in the world economic development projects. Therefore, in order to maintain and stabilize the global economy, a New Financial System has been rescheduled for a certain period to address the settlement of debts that incurred before year 1997.

In general, quotas which are allocated through the International Financial System can only be materialized under certain specific conditions. They are categorized as being quotas of the 20th century (Q20) which are recognized and registered in the cash market as an inactive accounting item. After the inception of the New Financial System, the inactive accounting item(s) were classified as “electronic ledgers”. They are only a record filed in the Master Accounting of the International Financial System which can neither be removed nor deleted.

Additionally, there are those quota of the 21th century (Q21) that are recognized as the amount of credit facility allocated through the Financial Institutions of Member States of the United Nations that is designated for the funding of specific development projects only.

Thus the approach during the transitional period and establishment of the New Financial System is to utilize the electronic ledgers (Q20) and to define them as counter guarantees by the Private Investment Entities towards the financing of economic development projects on (inter-) national level. In such case the beneficiary countries will be free from burden of debts and make quotas of the 20th century available before their value returns to its current and normal value (Q21). Consequently, all respective remuneration will be effected to become new currencies that are free from any encumbrances and can be utilized for all normal and legal financial transaction expenses.

The need to use the applicable quota in the “New Financial System” of the 21st century is the viable solution as it will be counter guaranteed by the Private Investors in the generation of new liquidity which will be injected in the Financial Market to normalize and stabilize the World Market Economy.

Today’s finance market structure is therefore only applicable by those who are able to adopt to the New System like e.g. consultancies and project sub-contractors. Offers of services in the Financial Market greatly exceed the demand and in addition, funders become increasingly demanding and select offers of services based upon the desired efficiency. Accordingly. service compensation is based upon the effectiveness and importance of the result and it’s impact.

Therefore S.A.V.E. Global Humanitarian Development Foundation/ Fund e.V. is open to cooperate with appropriate organizations and accepts international applications for funding of humanitarian development projects worldwide that foster human rights and which are committed to promote good will, justice and serve the major public interests and common good.

Based on the moral principles of mutual humanitarian aid, S.A.V.E. Global Humanitarian Development Foundation/ Fund e.V. has an international vocation and is strictly apolitical and unreligious. Moreover it proclaims good will and justice to all of mankind and shares common objectives with the YCT Development Corporation and P.R.O 14646 Global Foundation / Fund e.V. in the spirit of “proposed and executed by citizens to benefit citizens”.

For the purpose of human prosperity and in alignment with the Agenda 2030 of the United Nations, the main objectives of S.A.V.E. Global Humanitarian Foundation/Fund e.V. were already defined in the 20th century and expanded for the 21st century. The organizations’ aim is:
to promote perpetual peace for mankind and social well being worldwide.
to reinforce the improvement of educational and medical systems
to support global environment protection.
to maintain and/or foster the normalization and stabilization of the world economic system.
to bolster the development of infrastructure and thus seeks to finance or invest into public and private projects, either directly or in cooperation with other entities that share similiar objectives.
to deal with all financial and commercial operations either directly or through authorized corporations and companies.
to establish other permanent organizations and take part in any civil or commercial corporation as a shareholder or as a participant in foreign foundations.

Committee Members / Advisory Board of Directors:
The foundation reserves the right to preserve the identity of the nine (9) committee members.
Inquiries concerning this matter should be in writing and directed to the organization’s address.

Regional Coordinators of P.R.O. 14646 Global Foundation/Fund e.V.:
The foundation reserves the right to preserve the positions for and the identity of the Regional Coordinators (36+72 =108) worldwide.
Important Notice:
The Name List of Coordinators will be increased as required. Any Person whose name is not mentioned in the organization’s roster is not authorized or empowered to act or to represent the above mentioned organization(s) in regard to any and all activities. Persons who are representing the foundation(s) are duly identifying themselves by presenting valid original documentation which may be reconfirmed by the organization’s Global Coordination Office.
Misrepresentations of all kind by non-authorized persons constitute a criminal fraud which will be reported to the appropriate authorities for legal Investigation and Prosecution!

With beginning of the 21st Century the foundation took the Name of S.A.V.E. GLOBAL HUMANITARIAN DEVELOPMENT FOUNDATION / FUND e.V. It received the benefit of a legal and public status as registered, tax exempte organization (r.A. / e.V.) after the required registrations had been made with the appropriate Law Courts and International Organization(s). It has an international vocation. It is strictly apolitical and unreligious.